In this update, we are making some tweaks to the current Hunter roster to create more balanced, well-rounded games overall. Read below to learn more about the specific changes and why we’ve made them:

Imara Vex excels at dealing damage to a single target and eliminating her opponents, especially those with low health. Her current damage output makes it difficult to eliminate Hunters without assistance from her team. Imara Vex will be receiving a buff for her passive ability, "Enhanced Targeting".

Slingshot is quick and versatile, able to navigate around the arena at speed, even when holding a Huttball. This has caused Slingshot to dominate Huttball, able to easily escape the enemy team while carrying the ball. While it is healthy that specific Hunters excel in certain modes or maps, Slingshot's speed makes it incredibly difficult for the enemy team to counter him. The speed of Slingshot's passive "Rollout", when holding the Huttball, will be reduced.

J-3DI is best suited at picking off single Hunters using his abilities and high burst damage. Due to his lack of mobility, he must use his "Faux Pull" to bring enemies to him and inflict damage. "Faux Pull" is a powerful ability, able to interrupt multiple abilities and guarantee eliminations on Hunters with low health. With this power the cooldown of J3DI's "Faux Pull" abilities will be increased.

Sprocket tries not to engage in combat personally, staying at the back while deploying his drones and turrets to fight the battles, and support his team with precision healing. With Sprocket's current setup he dominates Control and Escort maps. The power of Sprocket's Blaster Turret, Med Beacon and Overclock Passive will be reduced. 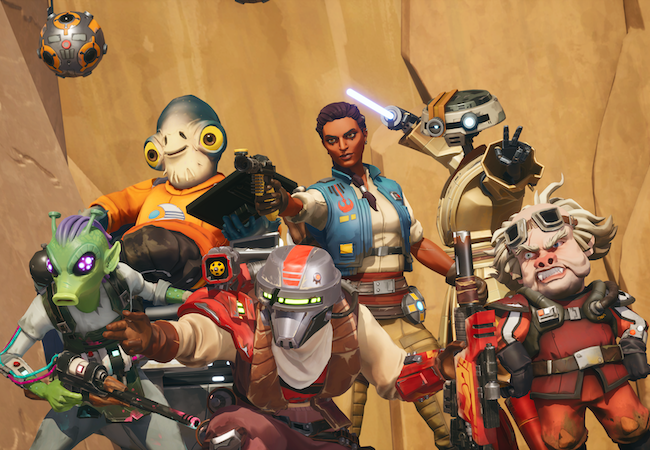 As part of this update we have also made some minor interface improvements for a better player experience.

Sign-up to get the latest game updates delivered to your email inbox.