We’re excited to introduce the fourth game mode in our line up; Squad Brawl! This mode joins Control, Escort and Huttball in the Battle playlist.

Squad Brawl features 2 squads of 4 players competing to rack up eliminations, with the following rules:

Squad Brawl is featured on some of our most popular and beloved maps, modified with additional pickups and a moody new night lighting scheme. Squad Brawl also introduces a new respawning rule; Hunters respawn closer to their allies and near the action, instead of in the spawn rooms.

We’ve implemented several changes to continue balancing the playing field between the attacking team (delivering the payload) and the defending team (stopping the payload) while also improving the overall experience:

Huttball will now require 3 goals to win (down from 5) to bring duration in line with other modes.

The Highline map has been temporarily moved out of map rotation in order to roll in our new Squad Brawl maps and will return in a later release.

Improved logic to reduce repetition of Hunter and Costume choices.

Please note that these Player XP changes will not take effect immediately, but will be enacted in the coming weeks.

Increased all Hunters' base movement acceleration.

Melee damage from Grozz's primary attack and frenzy ability has been increased from 18 > 22. Allowed using other abilities to interrupt Frenzy, as it felt too restrictive to be locked in for the duration. Improved physics and reliability of Boulder Bash.

Changed Stand Firm passive to increase accuracy when still rather than rate of fire to be more intuitive and forgiving. Changed Suppressing Fire to be a single burst rather than ammo swap so it is more useful and impactful. Tweaked Sentinel’s Ultimate, Empire's Finest, so that the additional stormtroopers no longer have 100% accuracy, making them just slightly more in line with the average stormtrooper. 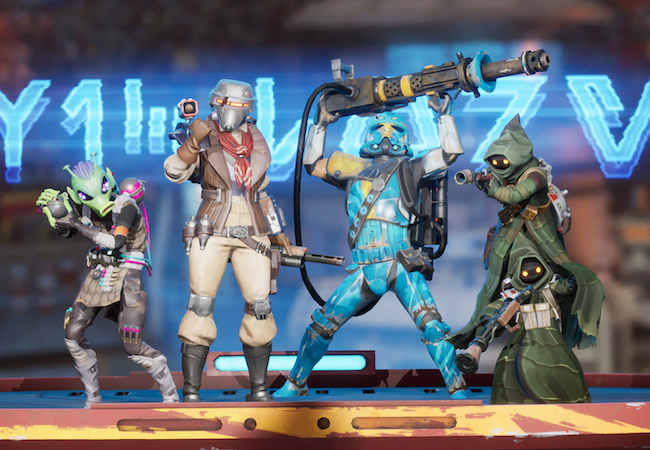 This update includes several new cosmetics! There are six new costumes and weapon wraps, two intro animations, one victory pose, and four avatars, which will primarily be obtained through the Arena Pass.

BUG FIXES AND OTHER CHANGES

Register today. Sign-up to get the latest game updates delivered to your email inbox.