Share
Ready to take a sneak peek inside The Arena?

The excitement is palpable. The new Star Wars: Hunters™ gameplay trailer is here. Players can get a new glimpse of the new cross-platform game and get ready to watch the action: meet the Hunters, take a look at the different battlefields and learn about new powerful and unique Hunter moves.

Master the range of moves for new powerful characters in Star Wars: Hunters to achieve ultimate victory. Check out the trailer to see their capabilities on full display. Here’s a sneak peak at some of their moves.

J-3DI’s Faux Pull - A favorite trick of J-3DI. He can launch his hand and pull an enemy directly back to himself for face to face combat.

Utooni’s Scrap Cannon - Ultimate resourcefulness. A quick-assembled weapon made from scrap that the two twin scavengers pilot. It unleashes a destructive beam for a short period of time.

Rieve’s Lightsaber Throw - As dangerous as it sounds. She throws the lightsaber in front of her causing serious damage to opponents .

Sentinel's Empire’s Finest - Calling for reinforcements. This heavy gunner can summon two follower stormtroopers who open fire on his enemies.

Slingshot’s Rocket Stomp! - Shields Up. As Slingshot will repeatedly be jumping up and slamming down, damaging and slowing enemies around.

Imara Vex’s Seeker Salvo - Nowhere to hide. She unleashes a barrage of rockets that track nearby enemies down, causing heavy damage.

Zaina’s Sticky Bomb - A sticky situation. Zaina can stick a bomb on enemies or objects, which then explodes creating significant damage.

Grozz’s Boulder Bash - Crush your opponents. He rips a boulder out of the floor which bounces around and stuns and damages your enemies. 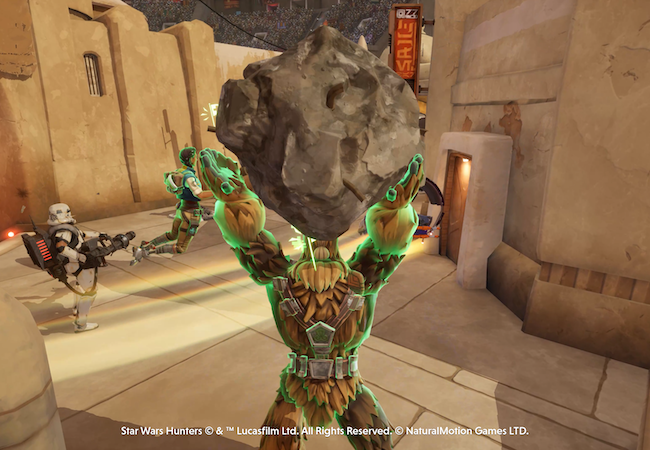 Ruthless warriors in the Arena and committed to give the audience the best show possible, the Hunters are motivated to carve their path to galactic glory. But there is so much more to them than what they show on the battlefield. Each Hunter has unique traits that distinguish them beside their Arena persona.

Discover what sets them apart, and how they act once the show curtains close. 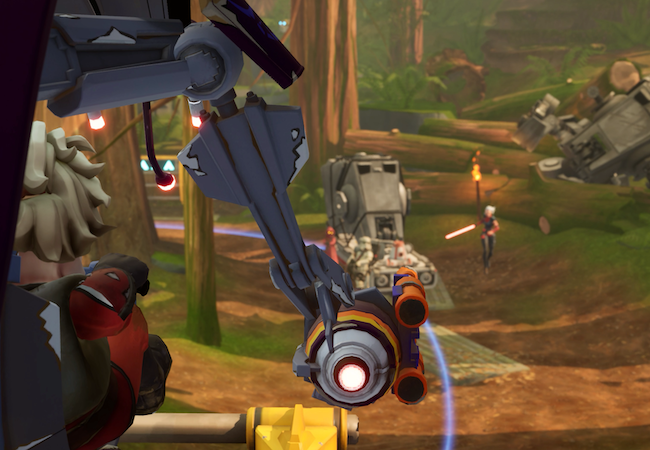 GET THE LATEST NEWS (REGISTRATION)

Register today. Sign-up to get the latest game updates and info by unlocking a range of special in-game content, which can be downloaded when the game launches worldwide.